On September 13th, 2015 the 21st edition of the event “Bolzanoinbici” has taken place. It is an event organized by the Municipality of Bolzano which aims at closing the city to motorized traffic for one day in order to promote the pedestrian and cycling mobility culture in the city of Bolzano [read more].

On February 27th 2015, the staff of the INTEGREEN project organized a final demonstration of one the most relevant project's innovations: the mobile air pollution monitoring system, which is capable to monitor nitrogen dioxide concentrations in the air on board of moving vehicles [read more].

The agenda of the third and last project workshop has been announced. It will take place in Bolzano on February 26th, 2:00 PM in the historical municipal hall [read more].

The experimental phase of the project INTEGREEN is about to begin. A mobile unit for monitoring air pollution has been installed in one of the new fuel cell busses of SASA, the transport company responsible for the public transport in the cities of Bolzano, Merano and Laives. This will enable a detailed real time insight into the air quality conditions in the streets of the city [read more].

On September 26th 2014 TIS has participated together with other local research and innovation institutes to the event Long Night of Research, an initiative organized not only in Bolzano but also in other several European cities [read more].

The second INTEGREEN workshop was held on June 24th 2014 at TIS innovation park, in the city of Bolzano. The event has been the occasion for presenting the intermediate results of the INTEGREEN project and exchanging them with lessons learnt in other relevant national and international projects, including FP7 CARBOTRAF, and the other LIFE+ projects OPERA and PERHT. All this has been enriched by the presence of the Italian Ministry for the Environment who has presented the new LIFE+ programme 2014-2020 [read more].

On February 12th -14th, 2014 the first field component test sessions campaign have been carried out. More specifically, mobile traffic and air quality measurements have been taken through a first prototype of the INTEGREEN mobile system installed on board of a test vehicle. A special On-Board Unit (OBU) has been developed in the last months by using a set of low cost sensors. Thanks to this OBU it is possible not only to collect distributed data about air quality but also to evaluate traffic conditions through an analysis of the car dynamics data (e.g. speed, acceleration, position, etc. ). This technology has been tested for the first time on the roads of the city of Bolzano. This test session was closed by a networking event that allowed the project partners to share the status of the project with some local stakeholders who have already expressed a high interest  in the project and in the possibility to be part of its validation phase [read more]

On January 23rd 2014 the Municipality of Bolzano will host a best-practice exchange meeting with a delegation of managers and public servants coming from the Convergence Objective regions (Campania, Calabria, Puglia and Sicily) of the Ministry of the Environment and Protection of Land and Sea of Italy, focused on the topic of sustainable development. The meeting will be open to the public and will take place from 10:30 on at the conference room of the Old Municipal Building of the Municipality of Bolzano (Portici Street nr. 30) [read more].

How is your behavior in the traffic? Do you create traffic or do you suffer it? Everyone can try to find his ideal situation in the Wimmelbild. [read more]

The INTEGREEN project has been presented at the last meeting of European experts on mobility, the Task Force on Urban Mobility of EARPA [read more]

Paper presentation at the 9th ITS European Congress

The paper "The INTEGREEN approach for assessment of environmental traffic management policies  has been successfully presented at the 9th ITS European Congress. Paper and slides about the presentation can be found at www.integreen-life.bz.it/papers

The 4th Plenary Meeting of the project INTEGREEN has recently taken place in Vienna. TIS innovation park, the Mobility Office of the Municipality of Bolzano and AIT met together in order to discuss and coordinate the next steps, both from a technical and administrative point of view. The visit to Vienna has been also the occasion to organize networking activities and in particular the first best practice exchange of the project, which involved both South Tyrolean business realities and important Austrian government organizations. [read more]

The paper "Vehicular traffic estimation through bluetooth detection, the open-source way  has been succesfully presented @fosdem 2013. Paper, slides and the video about the presentation can be found at www.integreen-life.bz.it/papers while more information about the whole activity is available at traffic.integreen-life.bz.it.

The INTEGREEN project is going to participate to the first Innovation Festival which will be held in Bolzano (italy) from 27-29 September, 2012. For the INTEGREEN project the participation to the Innovation Festival is not only a good opportunity to show and promote the key features of the project to the involved citizen but also to allow local citizens to discover and learn concepts regarding eco-compatible driving behaviors.

The first INTEGREEN workshop was held on June 27th 2012 at TIS innovation park, in the city of Bolzano.
The event has been the occasion for a first joint meeting point with the local stakeholders. Project objectives were presented and users' needs were discussed.  The workshop gave even the chance to discuss the "Environmental Traffic Management" topic with international stakeholders. In particular, the proposed solutions of INTEGREEN were compared with the ones evaluated and/or under study in the urban areas of Berlin, Glasgow, London and Graz. [read more]

Five notice boards about INTEGREEN have been installed in different point of the city of Bolzano, with the intention to give visibility to the project and to the LIFE+ program to the whole local population. [read more] 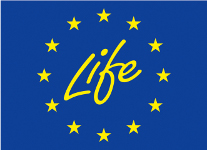